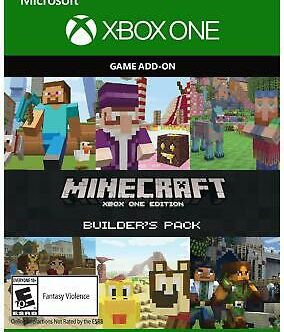 The holiday season is quickly approaching and you know what that means. Lots and lots of special edition systems and one of the first ones to come out is this Minecraft themed Xbox One S. – Minecraft is my life. – Which we are gonna rip open right now and take a look at.

Oh man, so immediately everything is still Minecraft themed. Little info set up pamphlet, all green and grassy. Same deal here, got some stone, little lava on the bottom. Wow, they really went all out with like just the theme of this thing. This is actually really cool packaging. Let’s check out inside. HDMI cable, more importantly the controller for this system which is also Minecraft themed, specifically it’s a creeper so hopefully this one won’t actually explode on you but as usual this is a One S style controller so it has the little bit better grip and the built-in bluetooth, and more importantly, unique to this one, on the backside, TNT for the battery cover.

And then in here we’ve got some additional paperwork for it, still just keeping the theme the whole way. Stand for the Xbox One and download code for Minecraft on Xbox along with a Game Pass, I believe, in here as well.

And then this brings us to, of course, the main reason we’re opening this thing, Minecraft edition Xbox One, let’s take a look. So this is actually really- Oh, woah, woah, that’s fricking awesome. Look, I’m gonna be honest right now, I’m not like the biggest Minecraft fan. – Minecraft is more than a game. – I’ve tried it, just wasn’t really for me, but this design is actually really, really, cool. I love the way they kinda just adapted the style of the game to this Xbox. I mean, just come on, look at that, it’s fricking awesome. Now this is actually the second special edition Xbox One S that we’ve got.

There’ve been a few other releases but those all have just been kind of like a single color bundled with another game, whereas this is actually a special unique design, the first of which was actually the Gears of War Four one right back there which was a bit of an all-out system that was just blood red with these claw marks on it and all kinds of insane stuff. This is a little more subdued but honestly I think this is a way better design because there’s just so many different layers of detail going on with this. I mean, first off there’s the whole concept of what it is. We have the kind of grass and dirt on the top here and beneath it is the bedrock which forms the base of the system which also just makes a really good color contrast, I think. And then like we showed earlier on the bottom, we’ve got red rock powder right down here, which, a really cool thing, I don’t know how clear it is on camera, but the fact that you actually have a surface level one and then it breaks through this translucent layer onto the actual hardware inside so it creates this kind of depth to it that’s really cool.

There’s also this text we noticed here that’s like the Minecraft script. I have no idea what this says. We’re trying to figure that out right now, but we’ll see. There’s just so many good design decisions here and little details that make this really awesome design that I think anyone who’s a fan of Minecraft would absolutely fall in love with. This detail is not unique to just the system, there’s actually even more to go with the controllers than I realized earlier.

For instance, the TNT on the back actually have this thin little black line that leads to the front of the controller which is absolutely unnecessary but really cool that they actually paid that much attention to it, and this is not the only Minecraft controller we’re getting for this. Now, while it’s not bundled with the system, separately sold is this pig- – [Andrew] I did it – What? Huh? – Uh. I did it. – [Kevin] Did what? (crew laugh) Oh did you get the translation? – I got the translation. – Okay, what does the text at the bottom say? I sent Andrew to go figure out what the text on the bottom was, so after lots of computer mining or internet mining. – Never dig straight down. – Huh, that’s a lot more specific than I thought. I thought it was gonna be like hello gamers or something like… – Yeah, it was really weird ’cause everyone else talks about how the Minecraft language is just gibberish in the game. – [Kevin] Uh-huh, but like someone figured out an alphabet for it. – It’s from Commander Keen. – That is like super specific. – It’s the universal space code. (crew laugh) – Now, as I was saying before that little revelation about the text, we do have one other controller that’s Minecraft themed that came out just a few days ago that you can grab separately, and this is one themed off the pigs from Minecraft.

Now, just like with the creeper one there’s actually quite a bit of detail going on here. I mean, obviously you have like the eyes on the pig and stuff at the front, but on the back, little curly cute tail. So this is just all in all awesome stuff coming out from Minecraft as far as these special edition items go. The system itself is exclusive to Target and the Microsoft store right now, but the controllers you can grab separately by themselves from pretty much anywhere.

Like I said earlier, I am not the world’s biggest Minecraft fan, but the amount of detail that went into the system, this is honestly one of the coolest special editions that Microsoft has put out and if this is any kind of sign of the quality we’re gonna see from more of them coming out in the future, I am just super excited because this, this is fricking awesome.